“You get one bite at the apple”, Sheriff David Shoar said in an interview today with Historic City News.

This morning’s announcement that an arrest warrant had been issued naming Benjamin Colenn Lightsey in connection with the murder of his wife, had some people asking, “Why so long?”

“The investigation of a homicide is a fluid, dynamic process”, Shoar said. Although some were suspicious of the husband’s role in the death of Melissa Lightsey nearly ten days ago, Shoar says that you must “dot your i’s” as you carefully proceed through the steps of the investigation.

“We’ve talked to dozens of people in this process, have collected and are evaluating evidence — and the case is not closed yet”, Shoar said. Since this is an ongoing investigation, Shoar is careful not to reveal too many details about the homicide of 36 year old Melissa Lee Lightsey.

A call from Kevin Kelshaw, SJSO Media Relations Officer this afternoon, seemed to follow the same mantra — this is a “dynamic” investigation and is still fully in progress.

What we DO NOT know are the details about who was responsible for Lightsey’s death; before or after the fact. Melissa Lightsey was reported by her husband Benjamin to have gone swimming off Vilano Beach on Saturday night after they attended a wedding reception for one of her friends.

We also DO NOT know the outcome of the forensic examination of three vehicles that were impounded by SJSO detectives or the other evidence collected from the several search warrants that have been served.

What we DO know is that this morning shortly after 10:00 a.m., Sheriff Shoar received a call from local attorney Patrick Canan informing him that he was representing Benjamin Lightsey at this time and that Lightsey wanted to surrender himself to authorities. It is not known whether or not Canan will continue to represent Lightsey as he attends his first appearance hearing or through any subsequent proceedings.

Shoar tells us that the investigation into the homicide of Melissa Lightsey will continue “as long as it takes” until the agency is certain that those criminally responsible have been brought to justice. In the meantime, Benjamin Lightsey remains in custody in the St. Johns County Jail; charged with First Degree Murder and being held without bond. 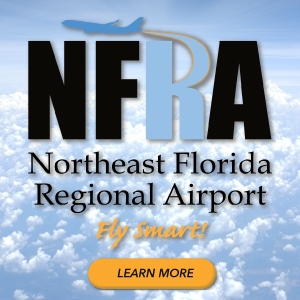